Down To The Waterline

Posted on November 2, 2017 by tomsprints 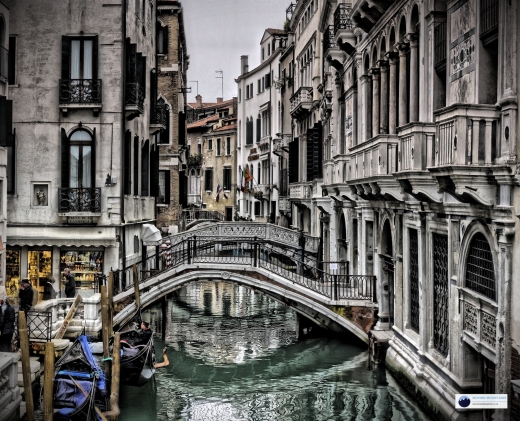 I’ve not written about Italian things for quite a while here. I’ll put that to rights now.

Venice and Siena vie for the honour of being my two most favourite cities, anywhere. Venice just wins, I think, mostly by dint of having more variety to offer the visitor. It doesn’t win by a huge amount, though, when things like charm and overall atmosphere come into it. Over the years, I’ve spent quite a lot of time in Venice. However, it surprises even me to realise I’ve never actually spent any length of time there. How so?

Well, back in the day that I had very regular commitments leading walking and scrambling parties in the Italian Dolomites, we flew there via Innsbruck for a good many years. Then things changed, and it became more convenient to fly in and out via Marco Polo airport, which serves Venice and the surrounding area. I frequently had a “changeover” day, when one group went home, but the next didn’t come in until a good bit later the same day. I always took the opportunity to grab half a day in “La Serenissima” herself. It made for some pretty focussed tourism, with an absolute deadline to catch a water taxi to the airport curtailing my fun.

That all ended, though. It was quite a few years before I got to make a “proper” visit to Venice – a week, with commitments to nobody but myself. Since then, I’ve been back maybe five or six times for similar visits, though it pained me to realise not long ago that the last time was just before Easter 2013. More than four years ago. That failing is being corrected in a few weeks from now, as I write.

Some people seem to have a real downer on Venice. Too busy, too many tourists, too expensive, and so on. I can only agree. Nevertheless, I think that there must be something in the frequent short visits I’ve made there that has in some way inoculated me against its excesses. That’s unusual, because my hatred of crowds and crowded places is well known, but I seem to be able to forgive Venice for its failings. Siena too, I think, although, unlike Venice, Siena has definite off-peak times, and I’ve been good at catching these.

The portfolio of anyone who takes a lot of photographs of Venice will always share a huge similarity with that of anyone else doing likewise. The place has a habit of channelling the visitor to certain key points, down common corridors, be they waterways or the delectable maze of backstreets that make up the real city. Nothing ever really looks the same each time, or to each visitor but let’s say that “unique” photos of anything in Venice are pretty much unheard of.

To split a few more hairs, I’ve long been a photographer of landscapes. I’ve never really seen myself as a “travel photographer” in the currently acknowledged sense, however. There’s a big chunk of overlap, of course, especially when the “landscape” you’re photographing is part of a city. Venice, possibly uniquely out of all the places I love to visit, narrows the gap between “landscape” and “travel” photography the most. Not much “land” but lots of “scape”, I suppose.

Here’s my collection of images from 2013, called “City of Water”. You’ll probably see what I mean.

My upcoming visit to Venice will be prefaced by a couple of days in Padua. Padua (Padova) has been on my wish list for a while, and I only realised recently how close it actually was to Venice, and how short a train journey it was. Bring it on! The next episode of this blog will probably tell you how it went.

To finish, here’s one of my very occasional “daubs”. I don’t think I’ve posted one here before. This is Santa Maria della Salute, from the Accademia Bridge.

(Having recently been to see a very good Dire Straits tribute band, it was a bit easy to choose my title for this blog.)