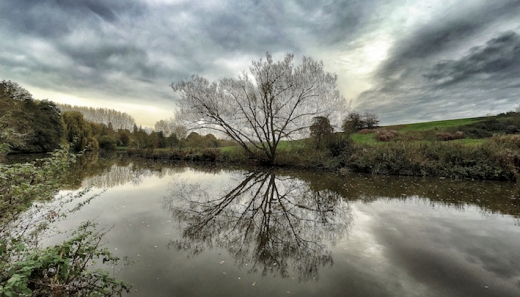 “Naked tree of winter seems to stand so proud.”

When I was in my teens, I was deeply in love.

The object of my affection was seven years my senior. She sang in a group, and solo. Despite her complexion of milk and honey, she was a hard drinker, allegedly able to drink her musical companions under any table. My own limit at the time was the occasional pint of shandy.

I seemed to have total recall of every word I’d heard her sing. We’d never spoken. The Lady had many acolytes like me. The music world then wasn’t anything like what it is now, when all the music in the universe seems to be instantly on tap. Our search engines were Melody Maker or NME, once a week, and the grapevine. The latter dropped me a hint that The Lady was to perform at the BBC’s Paris Theatre in Lower Regent Street, a few days before my 18th birthday. The journey was one that I and my pals had made many times; a simple train ride from Eden Park Station to Charing Cross and a brief walk. We were 6th Form grammar school boys and free from school uniform. On this day, the others weren’t interested. They understood what The Lady meant to me, though.

It was a wet evening. Come to think of it, those trips always seemed to be wet. I’d not walked far up Regent Street when I realised that the queue outside the Paris was bigger and earlier than usual. Entry was first come first served, as was seating inside. Capacity was no more than a few hundred, and I seemed to have left it late. Dutifully, I joined the line, listened politely to the buskers and, at last, began the shuffle towards the entrance. But I was indeed too late. The doors closed about twenty bodies ahead of me. Several guys were hammering on those doors, begging – pleading – to be allowed in. Stoically, I joined another queue, at the Wimpy Bar, then caught the train home, heartbroken.

“Oh gentle music, wash away the sadness in me” she’d once sung.

I sat at her feet at a tiny concert in a university bar in London a year or so later, but she was away with the music, and it was like none of us were really there. She remained the centre of my late-adolescent musical attentions for a further two years, then she suddenly upped and married a guy I’d never even heard of, and broke my heart again.

In all, I watched The Lady perform three times. Every time, I heard her sing the words she’d written just for me. She played a mean guitar, but was simply captivating when sat behind a big piano.

Roll the tape on to late April 1978. I was on a fairly intensive course at Birmingham University, enjoying a dive back into a monastic student life. Punk was new on the block, and a kid in the student’s union with brylcreemed spikes of hair was reading Sounds. He left, and bored for reading matter, I picked up the discarded newsprint. The world stopped. I read that The Lady had died a week or so before. It hadn’t made the headlines. No one had told me. There was no Twitter to carry the news.

It was several years before I could pluck up the courage to visit Putney Vale Cemetery. Her grave took some finding. But there it was. “’The Lady’ Alexandra Elene Maclean Lucas (Sandy Denny) 6-1-47 to 21-4-78”.

In recent years, the best of that Paris Theatre concert has made it on to CD, as part of “Sandy Denny Live at the BBC”, and three tracks are on the new (April 2016) acoustic compilation “I’ve Always Kept A Unicorn”. It was the arrival of that double album on my doormat today that triggered this reminiscence. For many of us, Sandy’s death is a wound that hasn’t healed much over the years. My thoughts are with any Prince fans, who will be going through something similar following news of his death yesterday.

1 Response to The Lady