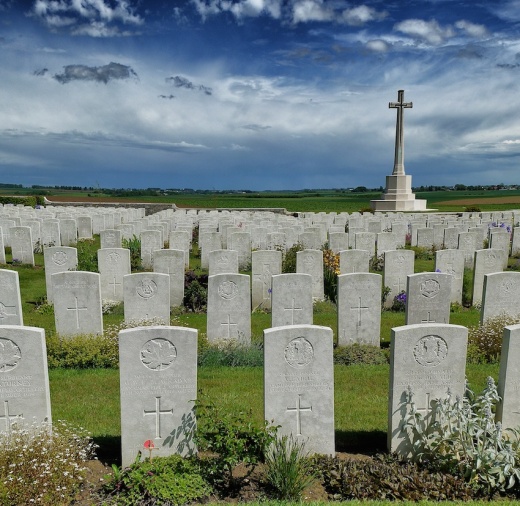 Just before I wrote the previous instalment of this blog, I’d been asked whether an interest in cemeteries was “an age thing”. Well, although I’m officially of an age when such an interest might start to be quite legitimate, mine goes back a long way, really. I wrote a bit about this in another blog a while back, and in this one about a year ago. But what I do have is a fascination with coincidences.

First World War history is currently all the rage as the centenary of its start arrives. I have a feeling this is nothing to the prurient media attention that will arrive in the summer of 2016, when we reach the centenary of the Battle of the Somme, generally regarded as one of the bloodiest and most futile episodes in the four years of the first total and mechanised war.

I’ve visited the area of the Somme conflict a lot. I have numerous namesakes buried there. In one small cemetery, there are even two of them, within yards of each other. I formed a view early on that with that number of dead, a few coincidences like this were going to be inevitable. This is, of course, very much against the odds. The military, and the wonderful Commonwealth War Graves Commission were (and are) meticulous, but what can they do, as with this burial, where all they know is that the internee was Canadian and a major? 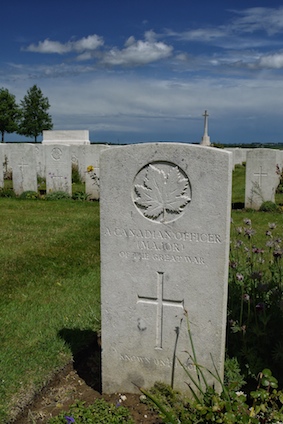 Did the Canadians lose so many senior officers of that rank that they could not even work out which one it was? If so, it certainly contradicts the media’s long-held line that the lower ranks were the cannon-fodder, and senior ranks cowered way behind the lines.

I was unprepared for some recent coincidences during my visits, however. I was delighted and amused in similar measure, accidentally to discover the single real-life “Blackadder” (well, Blackadar at least) buried on the Somme, in the Adanac CWGC Cemetery, when I visited it last autumn. 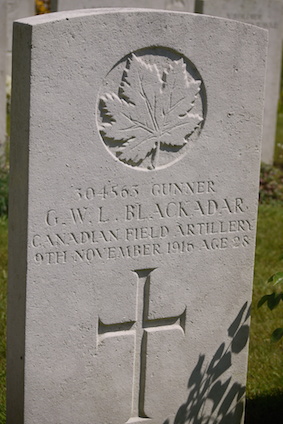 A fellow Fan of the BBC “Blackadder Goes Forth” series jokingly asked if Baldrick, Melchett and Darling etc were also there? I’ve no idea why I checked it really, it was a throwaway comment. So, share my surprise upon finding in the online CWGC register there was indeed a “Darling” in that same cemetery! I was back that way recently, and took the photo you see here. Rowan Atkinson fans take note and marvel. [Postscript: In July 2016 I was told there is also a “George” buried here. One name I’d not checked. He and the “Darling” died on the same day.] But read on. 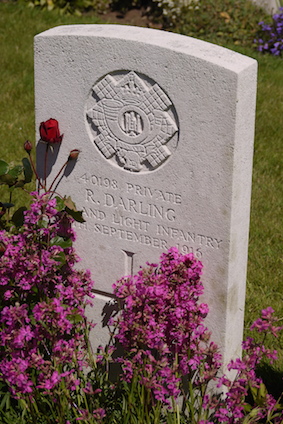 Not far away from the Adanac Cemetery is the one at Ancre, and I called in there next that same day. This cemetery made a big impression on me. Just over half of the burials there are soldiers with no known name. A very high percentage. Many died on the notorious first day of the battle of the Somme. Even if identified where they were first buried, in field graves, subsequent shelling of the ground rendered even those records useless.

Ancre, like all CWGC cemeteries, is beautifully well-tended and has a great variety of lovely flowers. I was photographing the flowers when a headstone carrying the name “Atkinson” caught my eye. Another coincidence, given what I’d seen earlier. But blow me! The very next headstone was of a soldier with the surname Rowan. Rowan and Atkinson. Not just in the same cemetery, but both Irishmen, both died on the same day – the first day of the Somme – and buried next to each other. I called my wife over to confirm I wasn’t seeing things, and took several photos. 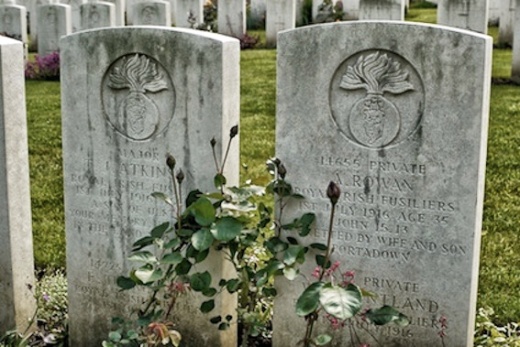 This will all be pretty meaningless to those not versed in British comedy, but to those who are, I hope you share some of my amazement. It’s all no more than coincidence piled on coincidence, of course, but I’d love to hear what the conspiracy theorists and lovers of things paranormal would weave it all into?

I am a Masters athlete and freelance photographer living in Kent, in Great Britain. I'm a sprinter. As well as competing, my camera and I work regularly for the British Masters Athletics Federation and the European and World Masters Athletics organisations. For pleasure, I'm (principally) a landscape photographer. I have been blessed with the chance of spending quite a lot of time in the European Alps in the last 30 years. My web site is a vehicle for a my photographic work, and is at http://www.tomphillipsphotos.co.uk I run two blogs. One is about what it's like to be an older athlete ( http://tomsprints.wordpress.com ) and the other is basically about my photography ( https://ablogscape.wordpress.com ), although they often overlap.
View all posts by tomsprints →
This entry was posted in A Blog on a Landscape and tagged Adanac, Ancre, Blackadder, Blackadder Goes Forth, coincidences, Commonwealth War Graves Commission, CWGC, Rowan Atkinson, Somme, World War 1. Bookmark the permalink.